Earlier yesterday, I published an article about the Nigerian mediator and a legislator who were sent to negotiate with Boko Haram sects on how they will release more of the girls on their captivity but to our greatest surprise, some of the girls said they won’t come back to Nigeria, they Said they need no freedom which the mediator said he cannot force them home but his job is to create mutual negotiation.

The reason why some of the chibok girls said they don’t want to be “Freed” puzzled the entire Nigerians as everybody is praying for their safety return home.

Then, Why did Some Abducted Chibok girls refuses to be freed?

If you have asked that question before or you are still gestating on it, let me tell you that you are not alone. Alot of people have asked this question also.

Thanks to the Senior Special Assistant to President Buhari on Media and Publicity, Garba Shehu, who finally experimented this question and gave us the verisimilitude feedback. He says one of the Chibok school girls in Boko Haram captivity refused to be released not just because she was afraid or being radicalised but according to the girl, she said she had refused to be freed because she had found a husband among the Boko haram members. 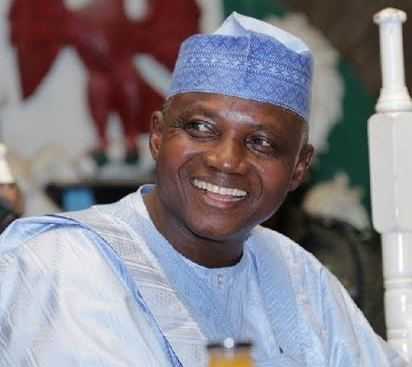 It wasn’t funny enough though because last year, we heard that some of these chibok girls were been raped and impregnated by the Sect’ members and, no ones know maybe this very girl who refused to be released is among or she is enjoying her stay with them.

The refuses to be freed because she found an heartthrob of her choice among the boko haram members would have been the 83 girl to have been released by the sect group last Saturday alongside with the 82 who were successfully brought back to their “Freedom” but, she is now married to one of the sect members. She even said that she would rather stay married to his husband than to come back home to meet her parents.

The president aide, Garba revealed this in an interview with Channels TV today. He said:
“83 were negotiated to come back but one said I have found a husband, I am happy where I am. So they left her and brought back the 82. At first, when the negotiation started people were ridiculing us. But we are here now.”