Kemi Olunloyo: I’m Still Going Back To Prison, It’s A Place of Honour For Me

Mrs Kemi Olunloyo, the veteran critics blogger and journalist in Nigeria and self-acclaimed Queen of Nigeria’s social medias has said that she is still going back to the prison yard.

Recently, she received an award in Port Harcourt over her arrest and arraignment to the prison some weeks after she was released from the prison. Mrs Kemi Olunloyo said that prison is a good place for, a place where the inmates there really loves her. 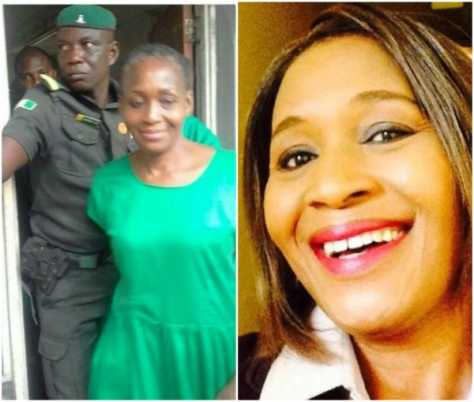 She added that she has created indelible memories which she was still at the prison and of course, she will never give chance for that Indelible Memories to be erased by any means. She also said her book is coming soon that people, fans and her foes should watch out for it.

“#BREAKING: I’m going to get my gold medal tomorrow from Port Harcourt Prison Olympics. I took part in it and i was called for the medal day. Yes I am going back to prison while I’m here for court. That prison in Port Harcourt is a badge of honor for me! I have left an indelible mark there. Watch out for my book #StraightOuttaPHMax coming soon.”