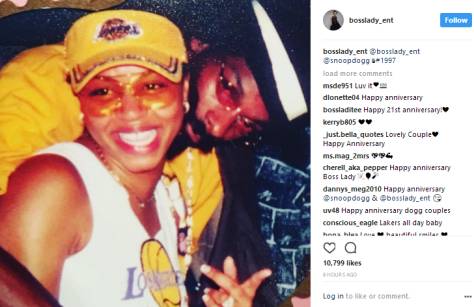 The veteran rapper, Snoop Dog seems to be a very contented and patient man out of all other celebrities like him. He married to his wife, Shante in 1996 and since then, they have been living happily together with their three kids namely, 22-year-old Corde, 20-year-old Cordell, and 17-year-old Cori.

Although Snoop Dog had filed for divorce in 2004 for irreconcilable differences but, he called it off and later renew the wedding vows in the year 2008.

Congratulations to them.. Wishing them long life, wealth and peace in their lovely home.