Senator Dino Melaye Says Nobody Including Members of His Constituency Can Recall From Senate – “They Will All Fail!”

Senator Dino Melaye who is still facing accusation on the audio mistape released by SaharaReporters that He, Melaye involved in bribery which he offered to Justice Akon Ikpeme who presided over his Election Tribunal in 2015. In the audio tape, senator Dino Melaye’s voice was heard promising to give judge Akon Ikpeme some dollars cash and secure a job for her daughter if the judge could preside to his Favour.

Although, Senator Dino Melaye has responded to the accusation and the audio tape that it’s all “untrue” and a plight to bring him down from senate. 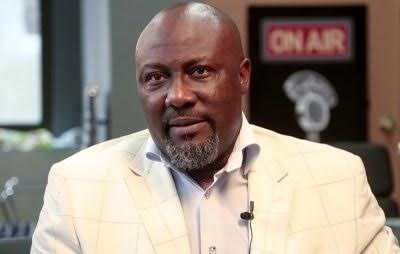 In a statement released by Senator Dino Melaye over the weekend, he addressed his supporters in Kabba that their supports has been keeping him so firm in the Senate chamber and has been behind his achievement so far.

Senator Dino Melaye added that kogi State governor, Yahaya Bello is behind the plight to recall him from the senate. He said, the governor funded the move with #200 million:

“Quote me, Kogi State Governor, Yahaya Bello, has released N200 million for each of the seven local government areas in my senatorial district to facilitate my recall from the Senate.”