Senator Bukola Saraki is now totally free as the Code Conduct Tribunal, CCT has dismissed the False Assets Declaration Charges against him this morning, 14th of June 2017.
Danladi Umar, who is the Tribunal said this morning in his ruling that the prosecution team who laid charges against the senate president has failed to provide enough evidence to prove that Senator Bukola Saraki is really guilty and should be penalized for “False Asset Declaration”.

The witnesses hired in by the Federal government of Nigeria had also gave contrary testimonies during the Sen. Bukola Saraki tribunal trial. On 4th of May, 2017., The senate president, Sen. Bukola Saraki said to the tribunal through his counsel that he would filed a no-case submission, which means he is not aiming for defence but asking the Code of Conduct Tribunal to discharge him of the charges laid against him because the case of False Asset Declaration have nothing to do with him. 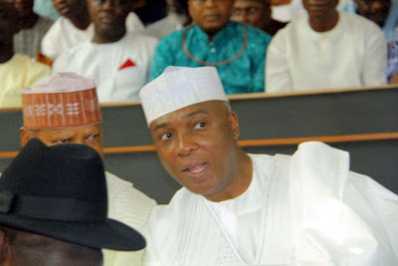 This was staged after the prosecution led by Rotimi Jacobs called its final witness and closed it case. In September, 2015., the federal government filed a 13-count charges on corruption against Senator Bukola Saraki.

Among the 13-count charges, Senator Bukola Saraki was accused of making False Asset Declaration when he became the Executive governor of Kwara state in 2003.

Congratulation to the Senate president as he is now finally free from the charges of false declaration of asset laid against him.