Jose Mourinho Is Accused of Evading Tax Worth €3.3 million At Real Madrid FC

It’s not up to a week when Cristiano Ronaldo was accused of evading €14.7 million tax and was set to face the court of law for the charge. Now, we are having another news update to share to you. It’s about Manchester United’s manager, Jose Mourinho is accused of evading tax fund worth €3.3 million which is equivalent to $3.7 million as announced by public prosecutor’s office in Madrid.

If you can remember that Neymar was also accused of evading tax before they mounted on Cristiano Ronaldo but, on getting to CR7, the veteran player said he has nothing to say to the charge laid against him as he knows that he is legally alright and since then, we haven’t hear much about the case again. 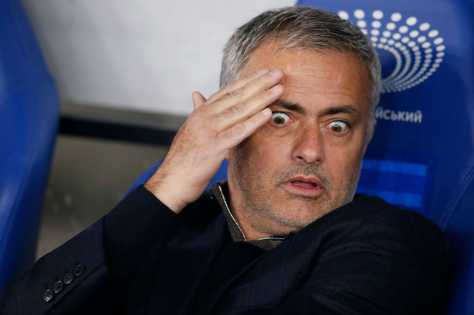 Back to Jose Mourinho. The Portuguese coached of 54 years old was the manager who coached the Real Madrid football team from 2010 to 2013. During his stay in the football team, he wasn’t charge with any tax evasion but, after four years he departed from the team to Manchester United, the accusation arose suddenly.

According to the Madrid Prosecutor’s announcement, Jose Mourinho allegedly refused to pay his taxes when he was still in Real Madrid and was accused of two offences that goes against the public treasury.

We don’t know the next football tycoon that will be accused of felonious charges again. Since the world best, famous and richest player has been flagged for tax evasion and one of the best football team manager has also be accused with the same charge, who next?