BET Awards 2017: Eight African Artistes Nominees Including Wizkid, Davido, Mr Eazi and Others (Check them out)

It’s has now approached to us finally, the Awaiting BET Awards 2017 we have been waiting for. This year, Eight (8) artistes were nominated in the whole African music industry and you can bet it that Nigeria as the home of all African entertainment will have the numbers of highest nominees and also, nobody will doubt or argue it with us that one of the Nigerian artistes nominated will surely be crowned winner. 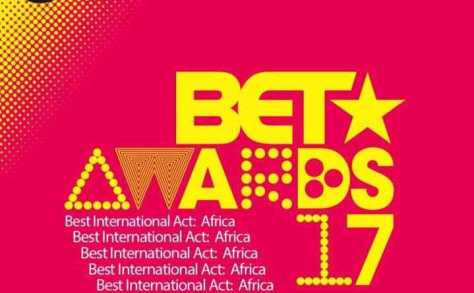 The send-off party for the BET Awards 2017 edition was held in Victoria Island in Lagos state on the 18th of June, 2017 at Cova Lounge. At the send-off party were dignitaries and superstars celebrities across the African Entertainment industry coming out to shows their unending love for the nominees.

The party was also the part of organized events before the main Awards Show. The send-off party is also a way to celebrate the nominees before they will aboard the Jets to Los Angeles on Tuesday 27th of June, 2017 where the Nominees from Africa will battled for the Best International Act: under Africa Category.

The Eight African Artistes Which Includes Four Nigerians Nominated For 2017 Edition of BET Awards Are:

Now the box is now left to you. Who Do You Think That Will Win The BET Awards 2017 Edition? Remember that they are all fighting for a single crown and that is the Best International Act: Africa Category.