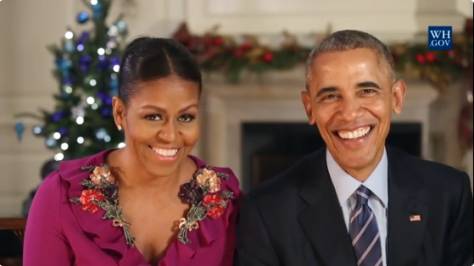 United States formal president and first lady, Barrack and Michelle Obama have purchased their Washington D.C. home. Initially, the the couple were both living in a temporarily rented house during their administration as the President of America but now, they have finally purchased the former temporary home to be their permanent building.

According to reports, the couple has moved from the white house earlier this year when President Donald Trump took over from Barack Obama.

Barack and Michelle Obama will be staying in the capital city of US untill their 15-years-old daughter, Sasha graduates from her current high School at Sidwell friends school in 2019.

Their house according to the reports, it cost $8.1million which is 8,200 Sq. Ft with eight bedrooms and nine and half bathrooms.