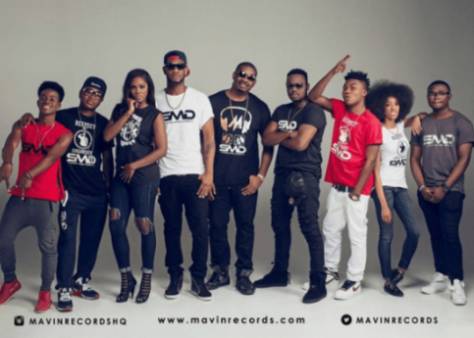 Hurray!!! Supreme Mavins Dynasty, SMD popularly known simply as “Mavins” is 5 years old today. Don Jazzy is the boss of the record label has taken to the social medias to celebrate his music family.

Mavins is one of the leading record label in Nigeria and the whole of Africa. It was founded by Don Jazzy five years ago following departure from MoHits after separation from the “Kokomaster”, D’banj.

Since the record label was founded in 2012, it has produced alot of lions in the music industry e.g Reekado Banks, Korede Bello, Di’Ja and also having some already made heroes and heroine e.g Dr Sid, D’PRINCE, Iyanya and Tiwa Savage.
Almost all of these artistes has receive one or more awards locally and globally.

The group broke into fame when they released “Dorobucci”, an award winning single which was aired all over Nigeria for couple of months, the single won an award for Don Jazzy himself and some artistes in the house also received their own awards.

While Don jazzy is celebrating himself and the entire family of “Mavins”, he took to his Instagram account to thank his followers for the support which has played a role in helping the music label grow in leaps and bounds.

He said: ‘Mavin is 5 today. We wanna say a big thank you to y’all for the support and prayers through the years. You guys have been amazing and we appreciate from the bottom of our
hearts. GOD bless us all’.

GbolaMedia is happy with you guys…. Keep on, we love you!!!