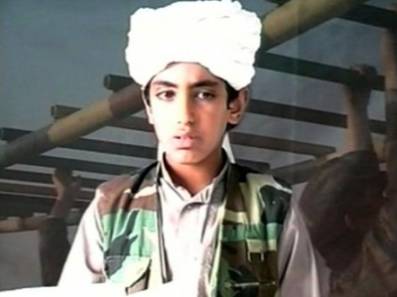 Osama Bin Laden’s, Hamza Has Vowed To Start War on The West Including America For His Father’s Death

Ali Soufan, a formal FBI has said that Osama bin Laden’s son, Hamza who has been noted as an international criminal and was added to the US counter-terrorism blacklist, has vowed that he will avenge his father’s death on the west after he become the Al-Qaeda leader.

The formal FBI, Soufan who was the FBI’s leader which investigated al-Qaeda after the 9/11 terror attacks, has reportedly examined the documents seized from Osama Bin Laden’s inmates in Pakistan after the lead-terrorist was killed by US Navy in 2011.

The FBI added that Hamza has been characterized with leadership potential when he was still a very young boy. When he was just a kid, Hamza used to appear in videos shot to threaten and make war or propagandas while he would be seen holding a gun.

“He was that kid that exhibited leadership skills early on. He was a poster kid for the al Qaeda… and for members of al Qaeda, who were indoctrinated with these propaganda videos, he means a lot to them.”

He also added that the young Hamza has recorded total number of four audio messages in the last two years trying to initiated war on the west:

“He’s basically saying, ‘American people, we’re coming and you’re going to feel it. And we’re going to take revenge for what you did to my father…Iraq…Afghanistan’…the whole thing was about vengeance.”