In a statement released by South Korea’s Joint Chiefs of Staff, it says that they are fully ready to combat the North Korea:

“We are full military readiness” and “closely monitoring signs for additional provocation by the North Korea military”.

On Sunday, A North Korea state Newspaper, Minju Joson threatened the United states of American with more ballistic missiles on them. 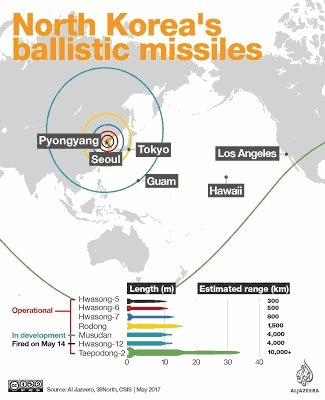 “If the US persists in confrontation with the DPRK (North Korea), the latter will show how the crime-woven history of the US is put to an end.”

Minju Joson continued that the North Korea military are fully ready to manufacture weapons that will strike down the existence of United States:

Many more weapons capable of striking the US will be launched from this land. This is the DPRK’s answer to the Trump administration.”