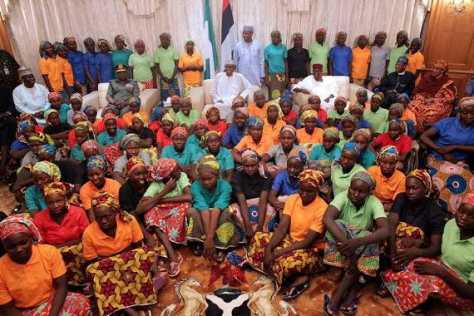 The Federal Government are really trying to bring the abducted but Now released Chibok girls into their normal life again.

Earlier last week, the 82 girls were released following mutual agreement between the Nigeria Presidency in collaboration with International red cross and the Islamic Militants on which it was concluded that the Nigerian President should release the two senior commanders if the Boko haram sects in exchange for 82 Chibok girls and, the transaction went successfully.

Also yesterday, just before the president left for London for his medical check, the 82 Chibok girls mobilized in an helicopter to meet the president.

Today, the names of the Chibok girls were released to the general public.
Check below….. 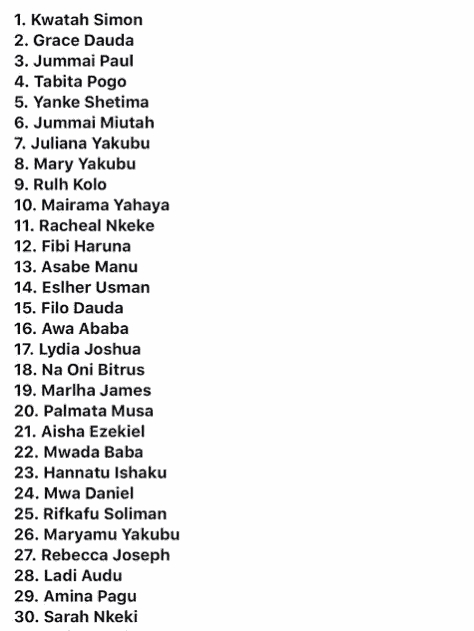 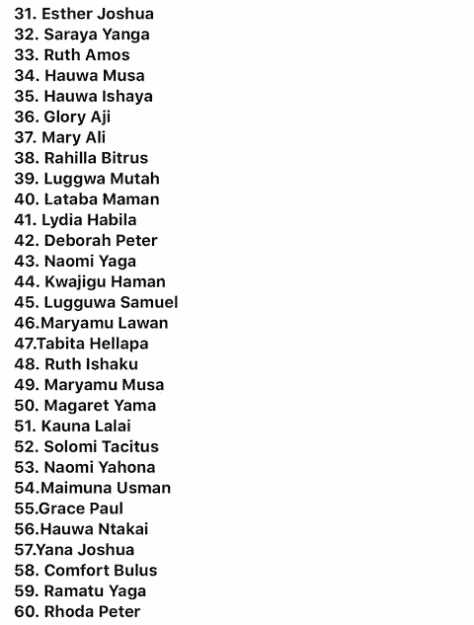 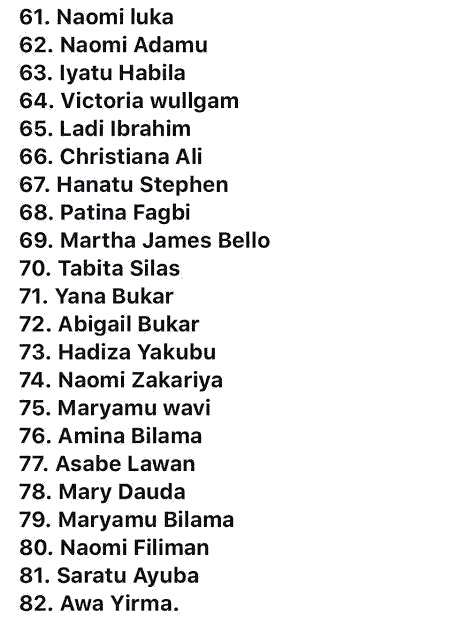