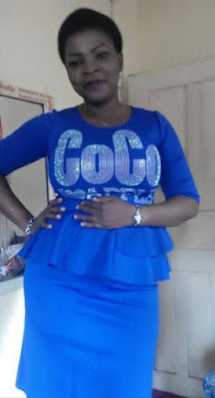 A Man Killed His Fiancée, Bolatito Ojuola Who Is A Postgraduate During Bitter Conflict

During a bitter conflict between a man and his fiancée, Bolatito Ojuola who is a postgraduate, the man was reported to accidentally killer his future bride in the process. Although, the man was also wounded but he is now recovered and the police has dragged him to their custody.

The killed fiancee,Bolatito Ojuola was a postgraduate student who was studying Science Education at the federal University of Technology, Minna, Niger State. She met her future husband who killed her untimely at her father’s company in Ondo state where the man was a staff. They began dating and got soon engaged.

The husband, Origbose later lost his job and he joined Ojuola in Minna. On the fateful day she died, the victim prepared a meal and presented to suspect but he refused to eat it and this confused Ojuola who asked to know his reason for rejecting the food. Suddenly, bitter conflict started and it led to a physical combat which Ojuola was seen grabbing a knife with which she injured her fiancé.

The man in retaliation got a knife and stabbed her in her midsection.
Both of them were rushed to the hospital by their neighbour who heard their screeming from the house. Ojuola was confirmed dead on arrival while Origbose was treated successfully and later freed from the hospital to the police custody.
The bride’s parents have reportedly arrived in Minna from Ondo state for their daughter’s corpse and also to follow up with other necessary finding out pertaining to their daughter untimely death.