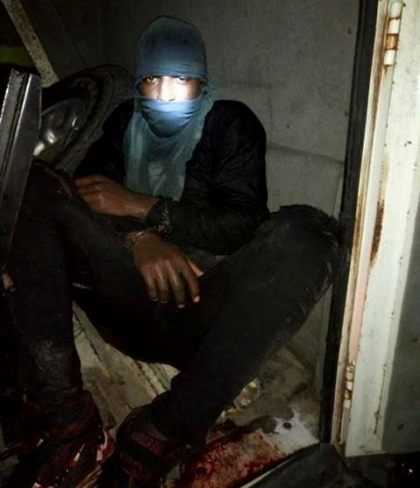 A young man named Precious Stanley’ was arrested as a suspected cultist in Sapele, Delta state by the police officers.
According to the Facebook User who shared the live story, he said the suspected cult member was arrested after he succeeded in sustaining gunshots injuries from a battle between his cult group, the ‘Eiye Confraternity’ and the ‘BG cult group’.

The two cults who have have been creating chaos in the town some Months ago finally engaged in a gun-to-gun battle three days ago. Precious Stanley was arrested by the police with gunshot wounds. With earnest interrogation, he confessed to be a cultist, and he is currently in the police custody.