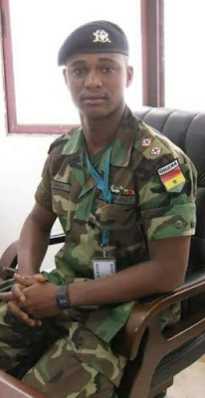 Captain Maxwell Mahama of Ghanaian Armed Forces Was Mistook As An Armed Robber, Lynched & Burnt To Ashes By Youths of Denkyira Boaso-Diaso

It was so catastrophic in Ghana on Monday, 29th of May, 2017,
A young military officer known to be “Captain Maxwell Mahama” serving at Burma Camp in Accra, the capital of Ghana, was lynched by angry mobs living in the residents of Denkyira Boaso of central region who mistakenly took him as an armed robber and therefore, beat and burn him to death.

According to reports, Captain Maxwell Mahama is the commander of a Ghana Military Detachment in the area where he was mistook as armed robber and it was also reported that, he was jogging along the road in the area when caught by angry mobs in the resident when he asked a woman for direction to where he was going, though, he was not in his uniform.

The woman he accosted to asked for the direction called the Assembly man in the community and with immediate effect, the assembly man organized the youths of the town to lynch him when they later cremate him alive.

The Ghana Armed Forces has commenced thorough investigations to deal with the felonious and murder case. The catastrophic incident has caused a great fear within the Town
Meanwhile, Ghanaian Armed Forces have commenced investigations into the town after the assembly man and the youths involved in lynching and cremating the Maxwell Mahama is a military man.

The Ghanaian Armed Forces said in a statement signed by the Director of Public Relations, Col. Aggrey-Quarshie that a “fact-finding team” which is led by the Ghanaian chief of Army staff will be moving in full battalion to the town where Captain Maxwell Mahama was mistook as armed robber, lynched and brutally murdered.

“A high-powered fact-finding team led by the Chief of the Army Staff is proceeding to the scene of the incident to ascertain the facts of the case.”

He added that the Ghanaian Armed forces is working in collaboration with the police and other security agencies to brings all the youths and perpetrators involved in the lynching and murder of Captain Maxwell Mahama to Justice and proper punishment:

“GAF is working closely with the police and other security agencies to unravel the full facts of the case.”

Check photos of his cremated body Below:- 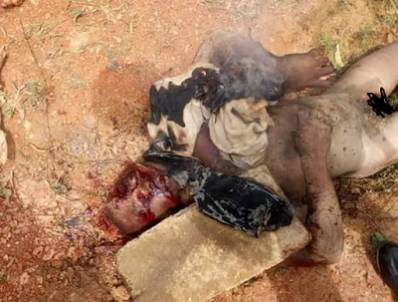 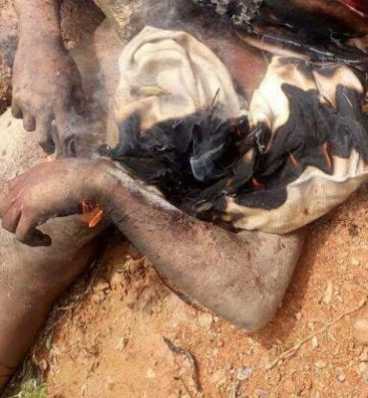 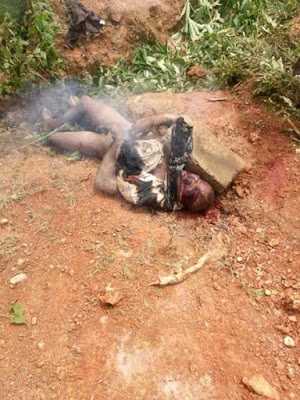 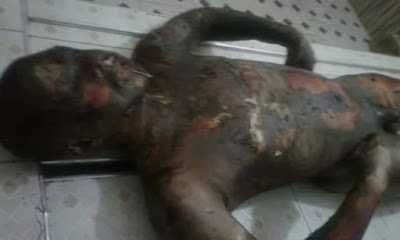 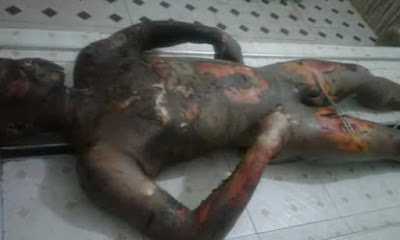 The Ghanaian Armed Forces and other security against promised to find out all the people who partook in the lynching to justice and further used it as a great example for others who were fond of such acts.