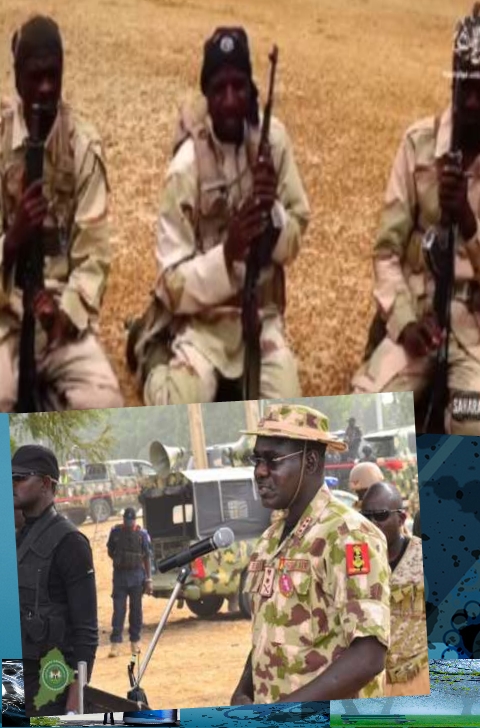 The Nigeria Military Force has said with confidence that the Boko Haram threats on the FCT, Abuja is just a fallacy and empty one.

Recently, two new videos were released in which one of the videos featured a Chibok girl holding an AK47 gun which some Nigerians and the negotiators sent to the Insurgents believe that some of the chibok girls in boko haram captivity has been radicalised to the extent that some of the girls has joined the the Boko haram group.

The two videos were posted on social media by a Dubai-based journalist, Ahmad Sakilda and Sahara Reporters.
In one of the two videos, a Man which is known to be among the terrorists who was identified as Shuaibu Moni threatened to bomb Abuja, the Nigeria Capital. He also proofed that there can be no peace but war between Boko Haram and Nigeria. He also added that more than 5 Commanders from the group were released in exchange for the Chibok girls while also warning of imminent attack in Abuja. He said there has been no “sulhu” or dialogue with the government and there won’t be saying “only war is between us.”

But, the Nigeria Military Force is not snoring to this threat, they quickly respond to what the terrorist said in his video, the Director Army Public Relations, Brigadier General Sani Usman said the terrorists have lost his sense with what is really going on:

In the first clip, the terrorists among other things made boastful and spurious allegations, while the second clip was about alleged indoctrination of some of the abducted Chibok school girls in captivity. We wish to state that the terrorist has lost touch with current realities.

He also said the two videos were shot and designed at seeking relevance and attention:

As you are all aware, he was a direct beneficiary of the process that led to the release of 82 of the abducted girls and does not have a say or capacity to do anything, therefore his threats should be ignored.

They, the Nigeria military also promised Nigerians that the Nigerian Army is earnestly ”committed to the Federal Government’s determined efforts of rescuing all abducted persons and peace in the country.” The Brigadier continued:

We will not relent our determined efforts of clearing the remnants of the Boko Haram terrorists as manifested through the ongoing clearance operations. The Nigerian Air Force is unrelenting in its bombardment while other security agencies are equally doing their best. We should not give in to terrorists propaganda and empty threats, we have come to a very critical stage of the fight against terrorism and insurgency in Nigeria that require more patriotism and security consciousness. Gone were the days when people glamourise terrorists and their criminal act.