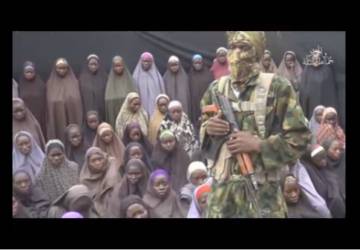 Goodnews! Yes, they say no News is a good news but not this one because yesterday, loyal Nigeria citizens were happy, the faithful and good mothers were so excited as eighty-two (82) girls abducted at chibok school by Nigeria most dreadful insurgents, Boko haram were released.

The girls were kidnapped by the boko-Haram three years ago during Ex-President Goodluck Jonathan’s regime where 220 girls were abducted from their school in a night-time attack.
Although, more than 20 girls were released last October in a deal made by the International Committee of the Red Cross.

Since then, some girls in the military captivity have escaped and some had been rescued, but recently, the total of 195 chibok girls were believed to be in captivity prior to this recent release of these 82 girls. 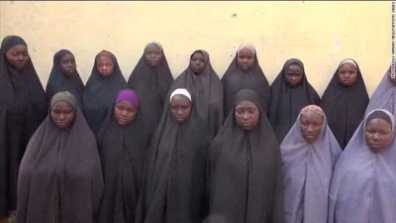 Big thanks to God the almighty and kudos to President Buhari-led administration for fulfilling one of their main agendas In rescuing these girls for us, and their respective families.

Some reliable sources revealed that the deal involved the Federal Government’s release of two senior Boko Haram commanders who had been in detention by the Nigerian security services.

The source also reported that a combined team of military and Red Cross negotiators flew the two detained Islamist commanders to Banki town in Borno State where they were handed over to a team of Boko Haram representatives who are already waiting for them.

The sources said the negotiators included operatives from military intelligence as well as officials of the Department of State Security (DSS), Nigeria’s secret police.

Furthermore, it was disclosed that the Vice President Yemi Osinbajo, has said through a media chat said that the federal government are still intensifying its negotiations with the sect group for the release of the remaining chibok girls in theirs custody.

The recently released 82 chibok girls are now in their town.